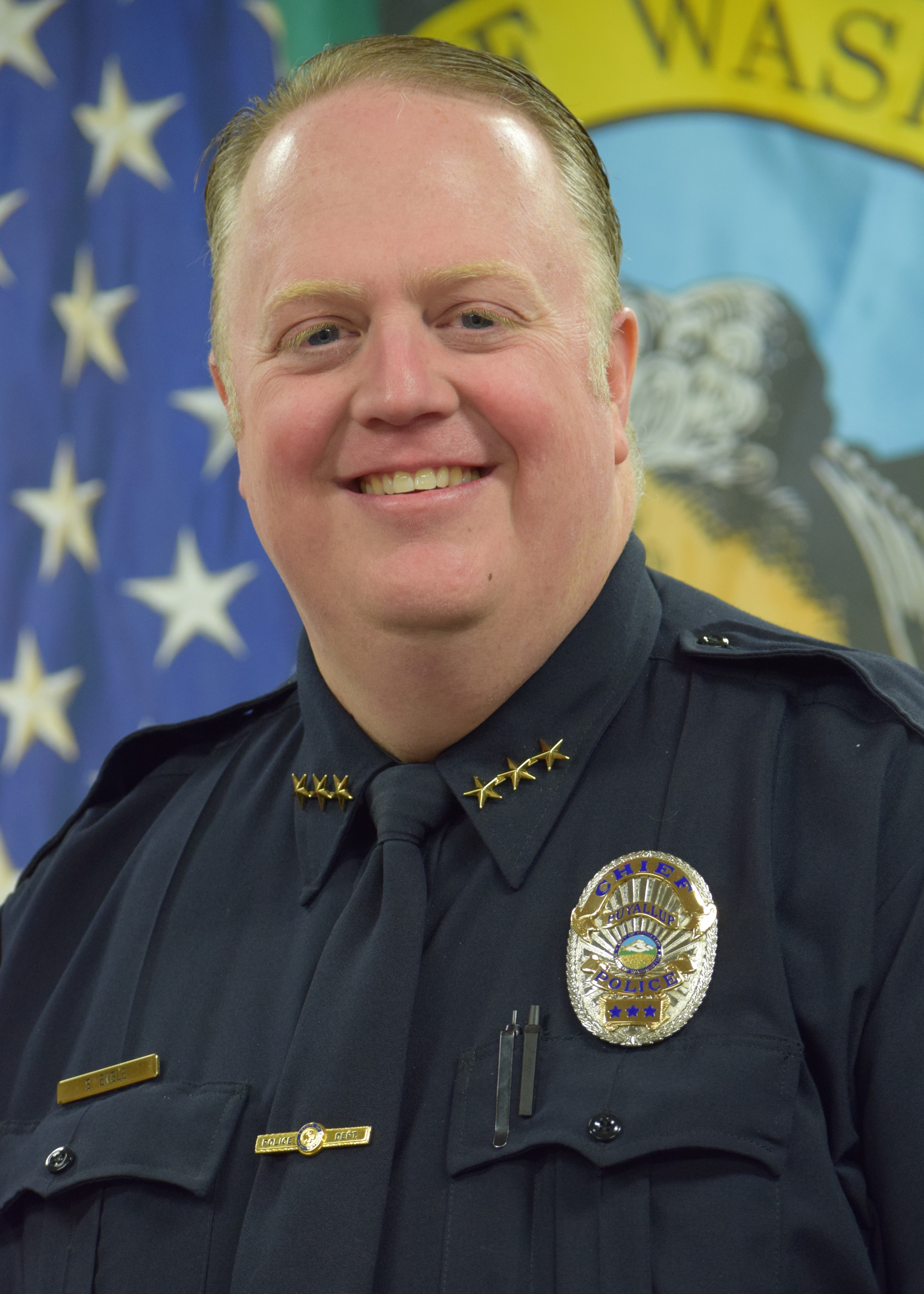 Chief Engle was born and raised in Pierce County and has deep ties to our community.  Chief Engle makes his home in downtown Puyallup with his wife Liz and children Andy and Emma and their beloved cat Mittens.  When not at work Chief Engle enjoys being a dad, traveling, and being outdoors in good weather!