Going Green in Puyallup brings stormwater management to existing areas of town where stormwater catch basins and infrastructure do not exist. Richardson Drive, located between 21st and 22nd Street NW, was identified as a suitable site for a Low Impact Development (LID) retrofit. The project replaced the traditional asphalt pavement with porous asphalt to provide on-site stormwater management through the permeable pavement section. The project also replaced an aged sanitary sewer main and side service laterals.

At completion, the Richardson Drive LID Retrofit removed over 11,000 square feet of impervious cover and replaced it with fiber-reinforced porous asphalt and permeable gravel shoulders. Modeling of this LID implementation demonstrated an effective reduction in stormwater flows and associated pollutants into our waterways by over 275,000 gallons of stormwater and 0.5 tons of sediment per year.

July 08, 2016 - On-site work began on June 21 with potholing for verification of existing utility locations. Work has continued on-schedule with replacement of existing sanitary side siders and replacement of the sanitary sewer main. Side sewer replacement will continue the week of July 11th. The work week is projected to transition to roadway excavation by Thursday. Final paving is currently scheduled for Wednesday, July 20th.

Contractor will notify all residents at least 48 hours prior to complete roadway closures. Once the final paving is complete, the roadway will remained closed to all traffic for 72 hours until the pavement has been enough to allow vehicles on it.

Thank you to all of the area residents who have been so welcoming to our contractor, RS Underground.

June 08, 2016 - Council awarded the construction contract to RS Underground at the 06/07/2016 meeting. Pending contract execution, the Contractor now anticipates beginning work on June 14th with potholing work to positively locate underground utilities. Excavation work is not scheduled to start until the week of June 20, 2016.

May 31, 2016 - Bids were opened for the project on 05/31/2016, delayed one week in consideration of bid revisions. The apparent low bidder was RS Underground of Puyallup, WA. The construction contract will be presented to Council for consideration and award at the June 7 Council meeting. In anticipation of an approved contract, work is expected to begin the third week of June.

May 2016 - Project currently being advertised for bids. Bid opening will be May 24, 2016. Council will be asked to consider award of the construction contract at the June 7, 2016 Council Meeting. Construction would be expected to take place from late June through August.

May 2015 - On-call consultant selected to complete survey and design of the LID retrofit. 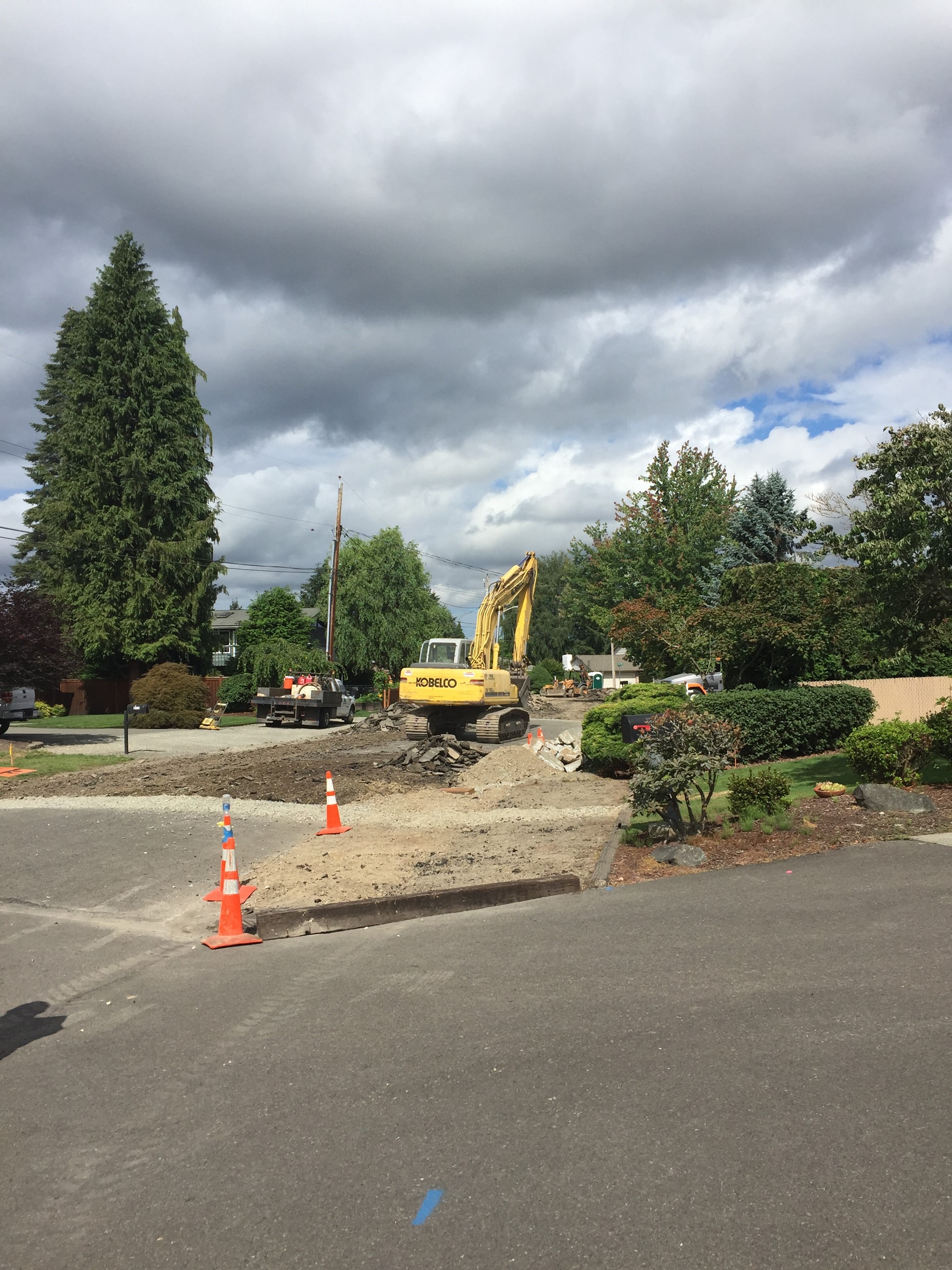 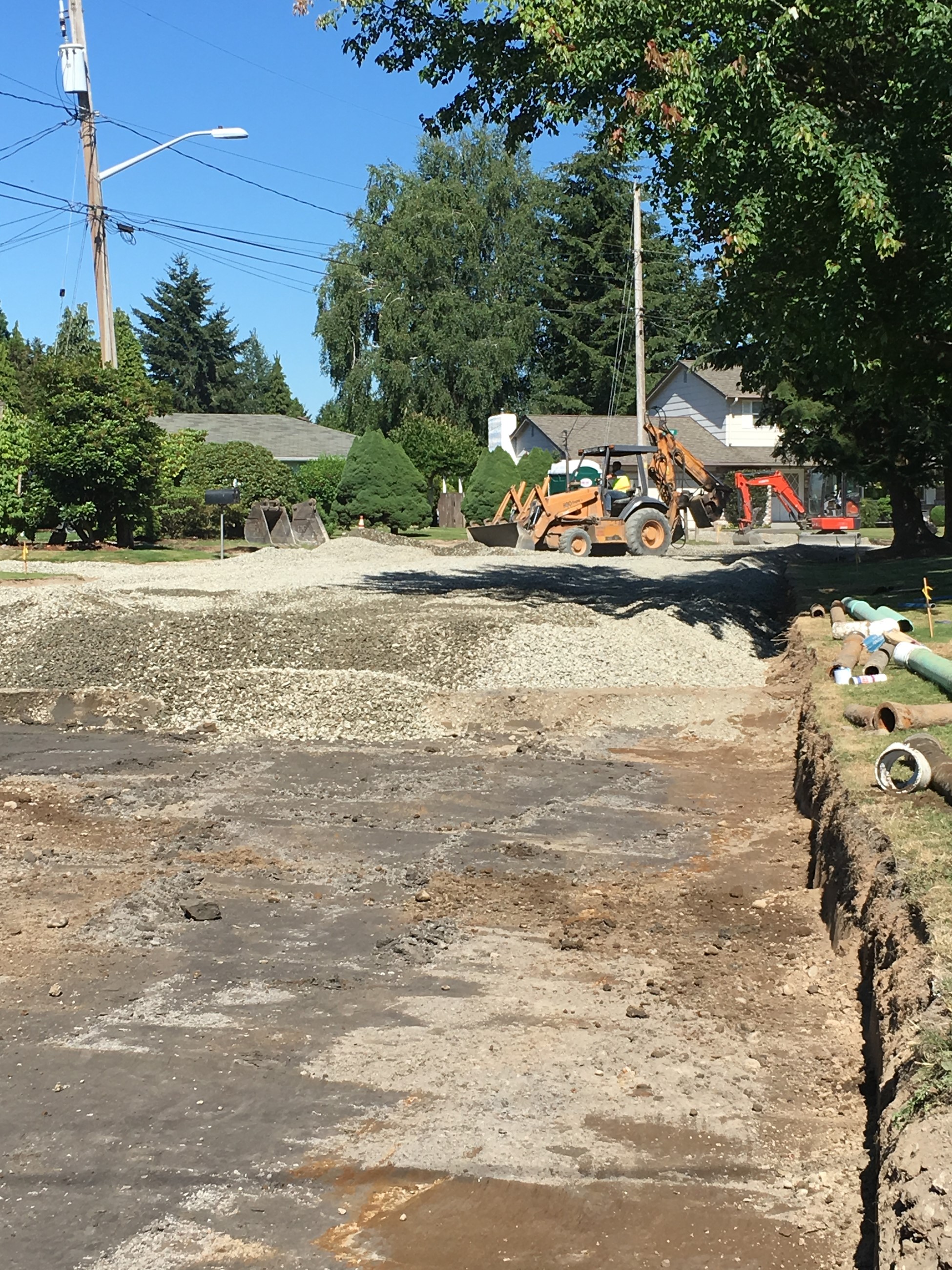 Map of the project area