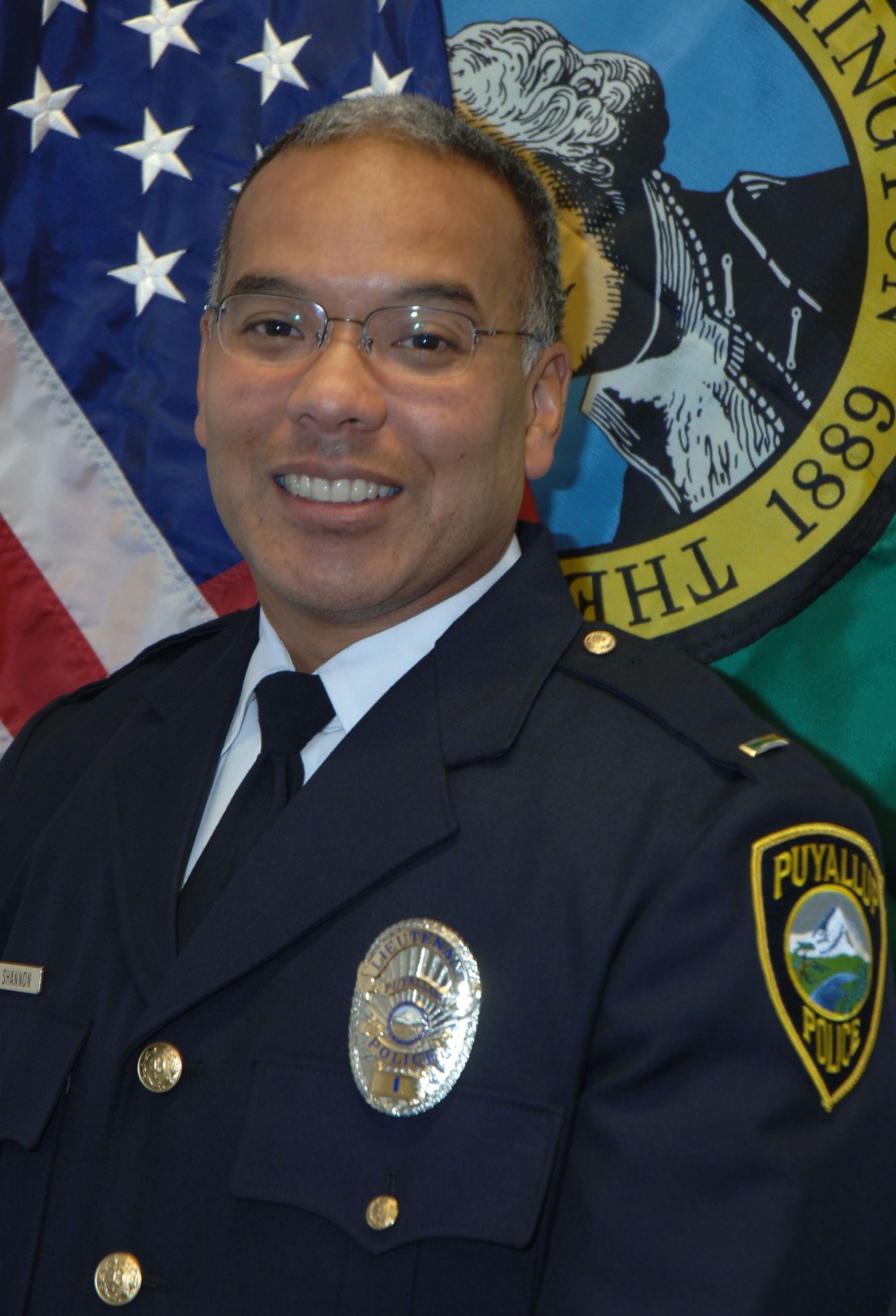 On May 1, 1981, Corrections Lieutenant Ed Shannon started his career as a corrections officer for the Washington State Department of Corrections at McNeil Island Corrections Center.  Hoping to serve a community, Lieutenant Shannon was blessed to be hired in 1983 as a Community Service Officer (CSO) for the City of Puyallup Police Department.  While a CSO, he was assigned the tasks of corrections officer, animal control officer, and parking enforcement officer.  As the city grew, the police department hired a full-time parking enforcement officer and the animal control responsibility was merged into Metro Animal Services (MAS).  However, Lieutenant Shannon is still involved in animal services as the director’s designee for MAS hearings.  Lieutenant Shannon is also a member of the City of Puyallup Emergency Operation Center.

During his long career with the Puyallup Police Department, Lieutenant Shannon has had the privilege to use his experience and training to implement his vision of Puyallup corrections by managing three significant jail remodels, by changing the jail classification from a 30-day holding facility to a 365-day corrections center, and by increasing the jail population from 25 beds to 52 beds.  Due to the increase in the inmate population, corrections officers assigned to the jail has increased as well.  To maintain effective operations, staffing increased from 2 full time officers in 1983 to the current staffing, which consist of a corrections lieutenant, two corrections sergeants, and 10 corrections officers.