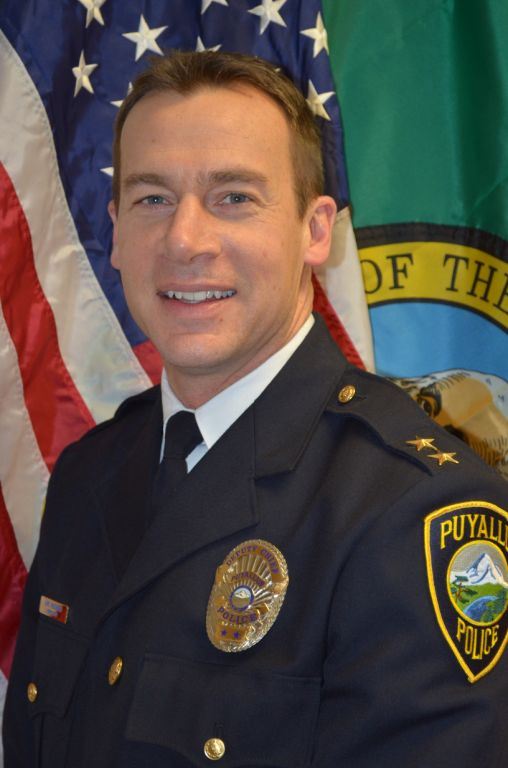 Deputy Chief McDonald was promoted to sergeant in 2001 and supervised a patrol squad for three years and the Narcotics Unit for a short time, before being promoted to lieutenant in 2004.  As a lieutenant, and later as a captain, Deputy Chief McDonald oversaw the Investigations Division, the Problem Oriented Policing Unit and the Patrol Division.  During this time, he served at the Metro SWAT Team commander and the Metro Clandestine Lab Team commander.  In 2007, he had the honor to attend the FBI National Academy in Quantico, VA (NA Session #230).

In 2012, Dave McDonald was promoted to the rank of Deputy Police Chief and has served in that role since.  He attained Executive Certification from the Criminal Justice Training Commission in 2013 and continues to oversee the day to day operations of the four Puyallup Police Department divisions.

Deputy Chief McDonald has always been involved with fitness and sports.  He attained the Fitness Master award in the Department’s fitness program for over 25 years.  He routinely participates in running events, teaches tennis during his off time and is a proud Rotarian. Deputy Chief McDonald and his wife are very proud of their three children and the McDonald family has deep roots in the Puyallup community.