The City of Puyallup is placing a bond measure to fund a new Public Safety Building and will appear in the February 2022 ballot. The bond is for $81 million, with a term of 25 years. The new building would be a modern facility and house the Police, Jail, and the Municipal Court all under one roof.  In addition to the new facility, the bond would also fund a police substation located in downtown Puyallup. The substation would be located inside City Hall on the first floor, allowing residents of downtown access to Police services.

Other features of the new building include space for all police officers and safer court rooms. Additionally, the new jail would have adequate room to separate inmates plus space for rehabilitative services such as mental health, medical, and counseling services.

The new building would be located at 600 39th Ave SE next to Central Pierce Fire & Rescue Station 72.

In 1968, the current Public Safety Building was established in downtown at 311 W Pioneer Avenue. At the time, Puyallup’s population was roughly 14,000. The facility was built based on the City's population size and level of law enforcement service needs at the time, which was approximately 23 police staff. The Jail was built attached to the facility and was designed to hold 21 inmates.

In this 50-year time frame, Puyallup’s population has grown to over 43,000. To meet the demands of this increase in population, the Police Department has grown to staff 68 police officers and approximately 95 total employees. The Jail now holds 52 inmates and is overcrowded. This has created issues with officers performing their duties due to overcrowded and inadequate workspace. Storage for evidence and equipment is at capacity due to the lack of space available in the current building. As a result, property and evidence storage is spread across four separate facilities within the City, creating inefficiencies for the department. Additionally, the age of the building has resulted in an increased need for constant repairs and maintenance.

In 2017, the City hired MacKenzie consulting to conduct research and provide a feasibility study for a new building. In July 2019, a report was prepared and presented to City Council, with their recommendations. The Feasibility Report can be reviewed in the Documents section of this page.

The Report proposed multiple options for a new Public Safety Building. City Council expressed interest in the 39th Ave SE option. However, they were concerned about the building costs, which was nearly $120 million. Council directed staff and the consultant to go back and research a new, lower cost option for the location. But in 2020, due to the pandemic, the project was delayed.

In 2021, the project was re-evaluated by staff and City Council, and a new cost estimate of $82.7 million was determined. The City hired consulting firm Elway Research, Inc. to conduct a public poll about a new Public Safety Building in March 2021. A total of 250 households were interviewed by phone and online, and a report was created and presented in April 2021. To view the report, please visit our Documents section.

In July 2021, the Puyallup City Council voted and approved an ordinance that would authorize a bond measure for the Public Safety Building to appear on the November 2021 ballot.

The State of Washington requires that bond measures must obtain at least 60 percent "Yes" votes and also obtain at least 40 percent voter turnout, from the previous general election, to validate. In November 2021, the bond measure met the voter turnout threshold but received 59.3 percent "Yes" votes. Additionally, there were several hundred undervotes, which means residents neither voted "Yes" or "No."

The City Council determined that more voter education is needed, and agreed to place the bond measure back out in 2022. In December 2021, Council unanimously approved an ordinance authorizing the bond to be placed on the ballot in February 2022. Council did make one change to the bond, which was the amount. The bond amount is $81 million. Net proceeds from the sale of the existing Public Safety Building would be used towards the project cost, if the bond were approved.

Proposition 1 would be issued for $81 million, and would mature in 25 years. The bond levy rate is $0.611 per $1,000 of assessed property value. For example, a home in Puyallup with an assessed value of $350,000 would pay $17.80 per month, if approved. Net proceeds from the sale of the current Public Safety Building, would be used towards the Project Cost. A detailed breakdown of the estimated Project Cost is below.

Why is the Puyallup Police Department doing this?

The original building was intended to house approximately 23 police staff. The PPD currently has approximately 95 employees and lacks the space to provide sufficient service. Since 1968, when the current building was established, Puyallup has grown significantly. The City has become more populated and its geographic boundary has increased in size. However, the current police building has not kept pace with this growth. The Police Department has outgrown the building.

What are the current building issues? 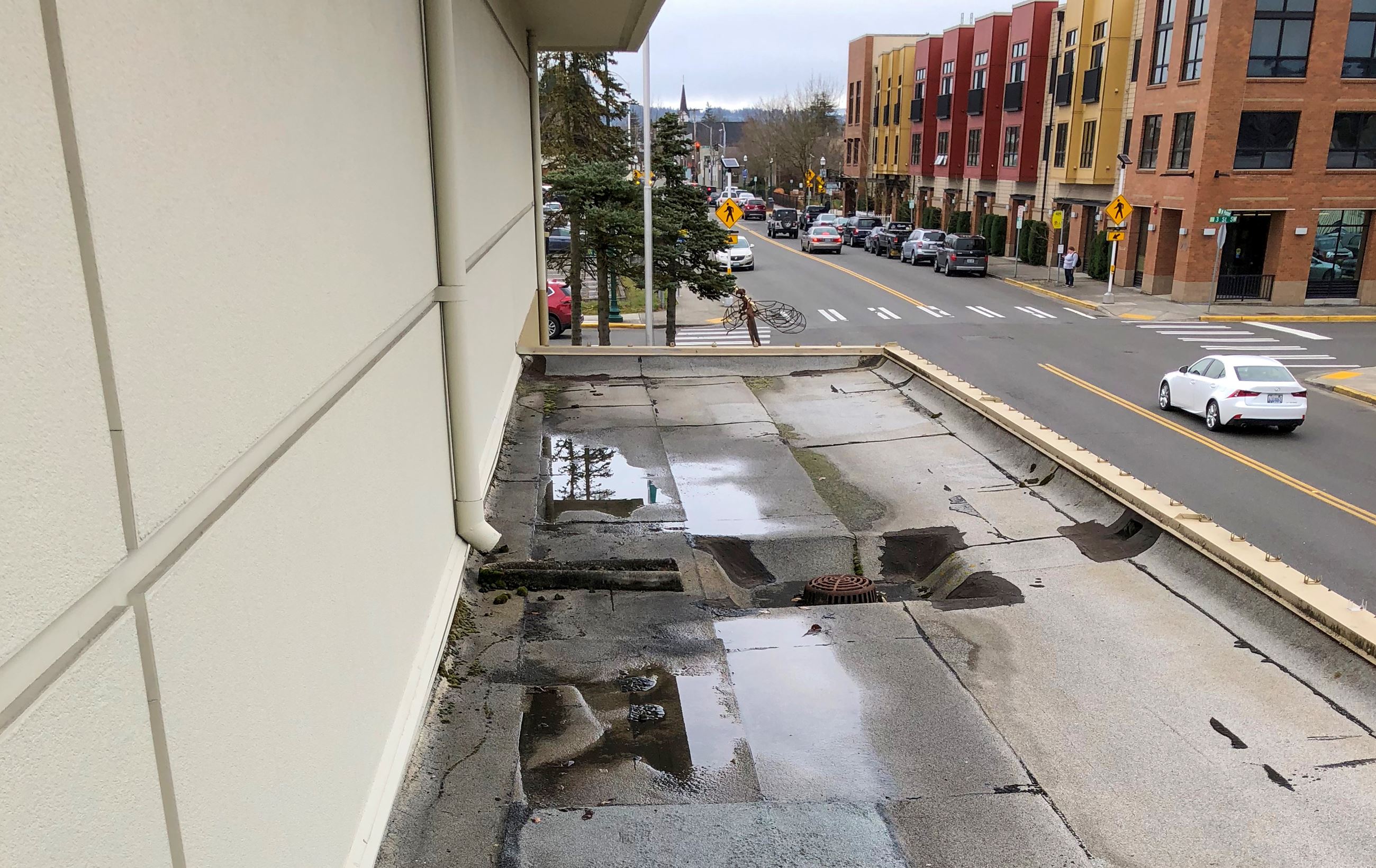 The current building has served the community for over 50 years. However, the building is showing its age. Repairs that are needed include a new roof, plumbing and sewer system, HVAC, and a telecom system. These repairs are costly and will continue to rise. Additionally, the jail is overcrowded, which has caused issues with management of inmates. The jail was originally designed for 21 inmates. Today, it houses 52 inmates. 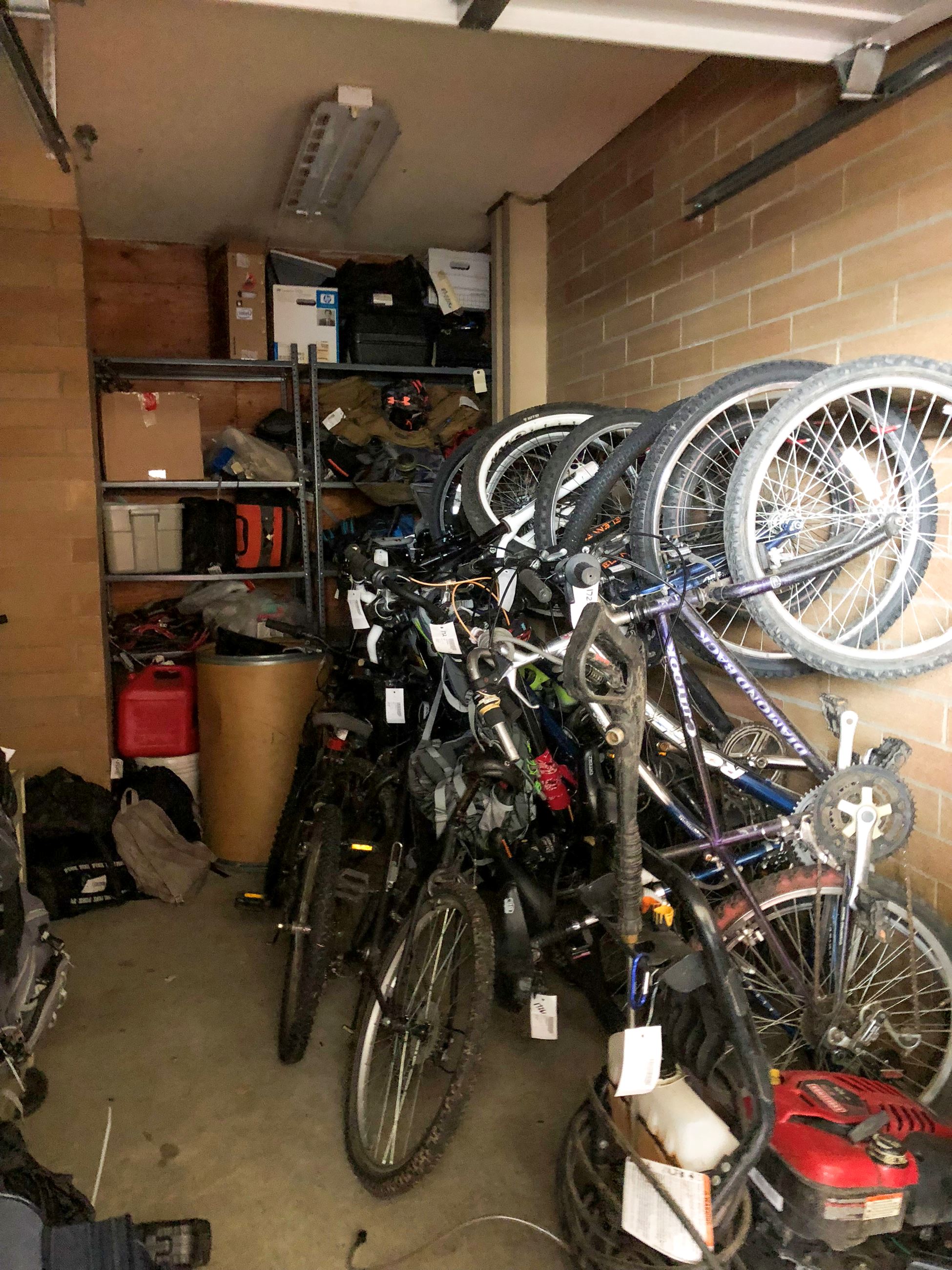 Storage for equipment and evidence is at capacity. Officers have to create makeshift storage areas to accommodate the lack of space. The building has also run out of workspace for officers. As a result, officers are working in areas that were originally designed as closets, storage rooms, and work benches. The Department also has officers working off-site in leased locations due to insufficient office space. A lack of parking has made it difficult for officers to park their patrol vehicles and for visitors to access the building. 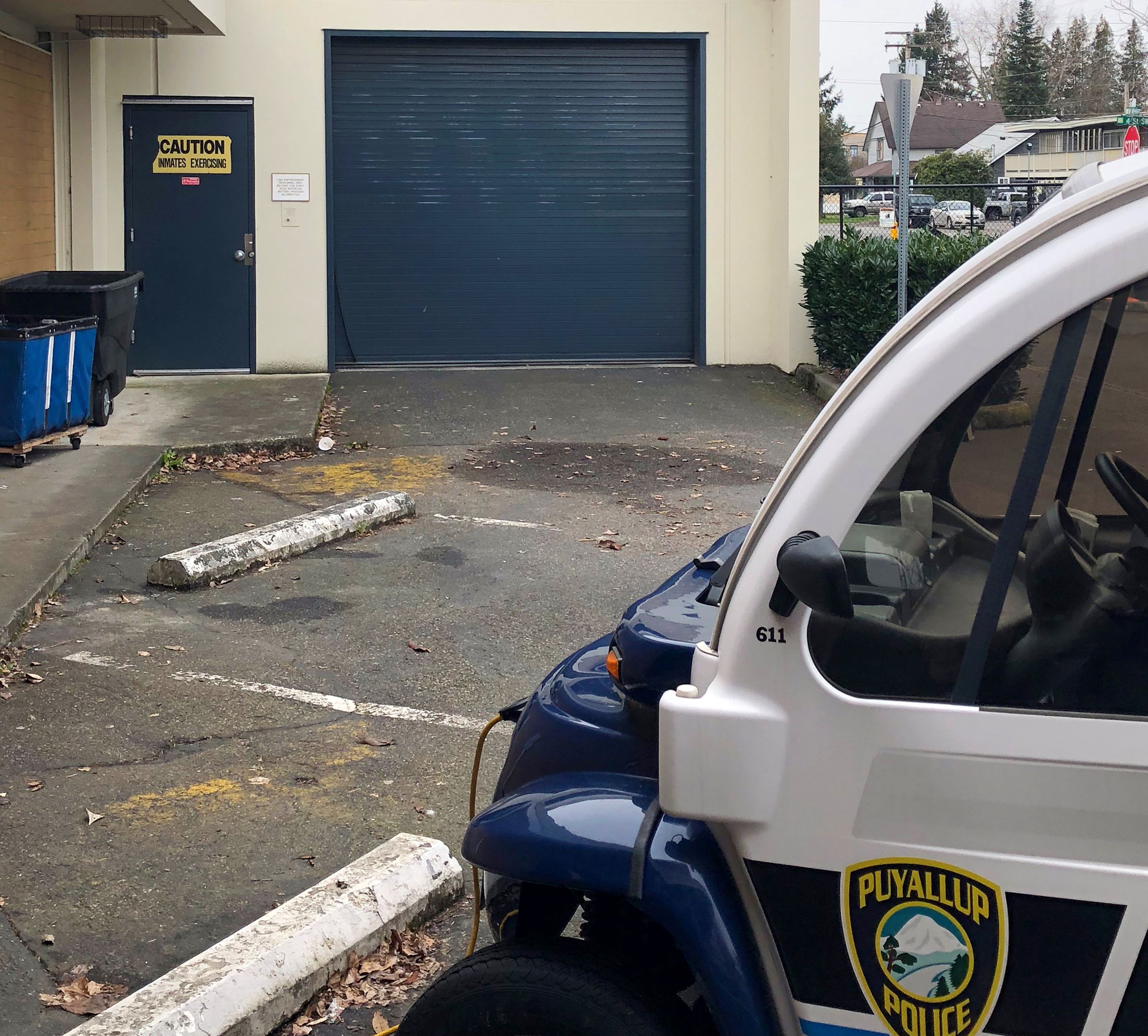 The current building is also located within a Lahar zone, making it subject to an emergency event. If a natural disaster were to occur, the building would be at risk of being demolished, which would impact PPD's ability to deliver critical emergency services.

The building is also non-compliant with ADA requirements, specifically regarding doorways, sink and counter heights, and turning clearances.

How much will this cost and who is paying for it?

The total cost of the project is $82.7 million. However, the bond will be issued for $81 million. Net proceeds from the sale of the current Public Safety Building will be used to offset some of the project cost. The bond would be issued for 25 years. Puyallup households would see an additional assessment on their property tax bills.

What is the cost breakdown for the building and how much will I pay in additional taxes?

Here is what the estimated cost breakdown of the project looks like.

Where will this new building be located? 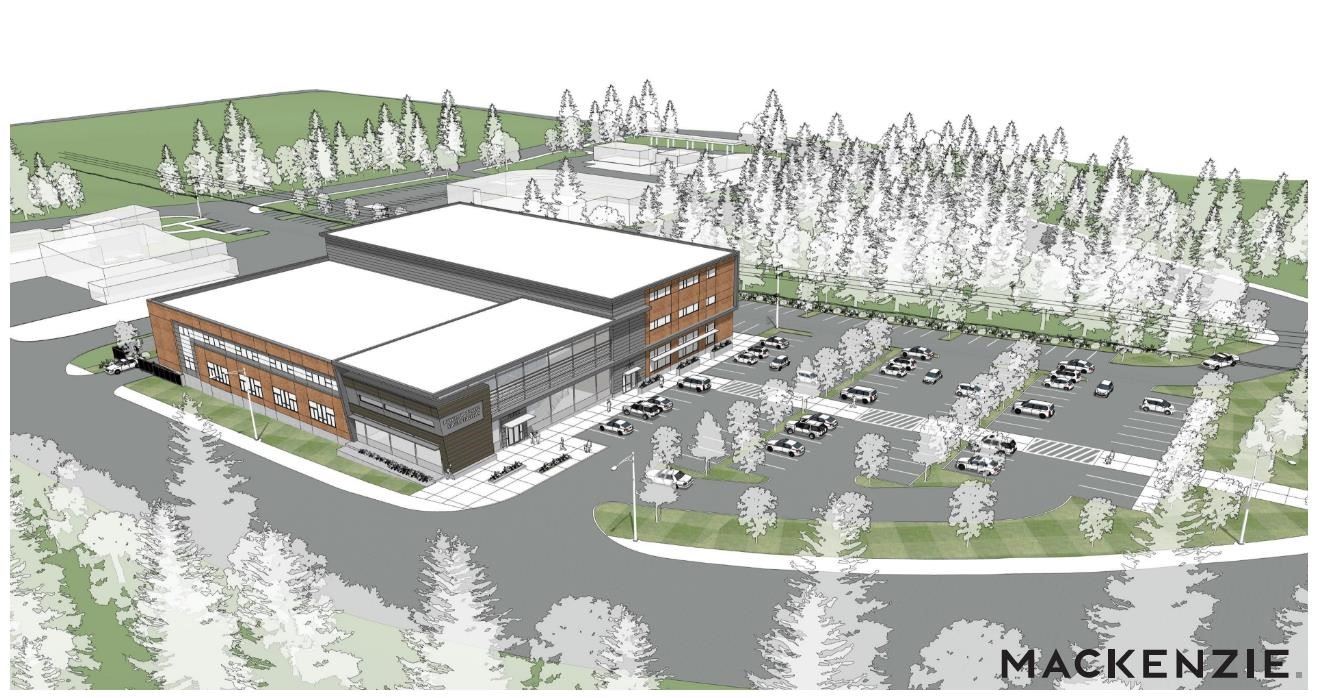 The new Public Safety Building would be located at 600 39th Ave SE next to Central Pierce Fire & Rescue Station 72. The City purchased the adjacent lot next door with the intention of utilizing the space for a future City building. This location, along with the downtown police substation, would position the Department within each of the City’s identified regional growth centers.

Why did the City choose this location?

How will this impact the Municipal Court?

The Municipal Court is currently in a separate, leased space downtown at 929 E. Main. The City leases the space for close to $200,000 a year . The Court, like the current PPD building, is overcrowded. The Court, being located within a business office building, has considerable security issues. Courtrooms and staff offices are at risk of being compromised by an unforeseen threat or event. Additionally, the building lacks sufficient parking for customers and staff. The Municipal Court would be relocated to the new Public Safety Building location on  600 39th Ave SE.

You’re moving it out of downtown? I live in downtown. Will this impact response time to issues in downtown?

The location of the physical Police Department will not affect response times to emergencies. Police officers respond to emergencies from within their patrol districts throughout the City. There are four patrol districts in the City, and PPD maintains at least two patrol officers within each district 24/7. The PPD would retain a physical space downtown through a Substation, located on the first floor of City Hall at 333 S. Meridian. There, residents will still be able to access police services.

What will happen to the current building?

The City is still weighing its options on what to do with the current building if the bond measure is approved.  The City’s downtown economic development plan and comprehensive plan, which were developed with significant public input over several years, envisions more mixed-use (i.e. residential & retail) development in downtown. All decisions regarding the future of this lot will be made in public at future City Council meetings with public input.

The Puyallup Police Department invites you to tour the current Public Safety Building, get a hands on, personalized walk-thru of the facility and learn more about its current condition.

Please check back here for an updated list of building tours.

Get a chance to meet those who serve and protect your community. Questions are encouraged throughout the duration of the tours. Masks will be required. Tour participants must pass a criminal history screening and provide a copy of state-issued identification. To register, please contact Nichole McNiven at nmcniven@puyallupwa.gov.

Conversations with the Chief

Puyallup Police Chief Scott Engle invites you to have a conversation! Let us know your comments, concerns, or compliments. Educational information about the proposed Public Safety Building will be presented. Get your questions answered at one of these educational events.

2020 – Project put on pause due to pandemic and concerns over cost estimates.

March 25 – 30, 2021 – Elway conducts research in the community about a new Public Safety Building.

November 2, 2021 - At the November election, the ballot measure did not meet the required voter criteria to pass.

November 23, 2021 - City Council approved first reading of an ordinance authorizing the ballot measure to be placed on the February 2022 ballot.

December 7, 2021 - City Council approved second reading of an ordinance authorizing the ballot measure to be placed on the February 2022 ballot.

How to Learn More

This information is being published for educational purposes only. It is intended to educate residents about the project and to help them make an informed decision. This webpage is not an endorsement by the City of Puyallup and Puyallup Police Department.