As part of the review of the 2020 privately initiated Comp. Plan Amendment application for properties within the Freeman Road annexation area (permit #L-20-0001), the City issued a Mitigated Determination of Non-significance (MDNS) environmental determination. If the map amendment were approved, the MDNS required, upon annexation and assignment of zoning to the subject properties, the City to establish a new zoning overlay to recognize the mitigation measures required at the time of future development proposal(s) for the subject properties. The City Council approved the Comp. Plan Amendment application in December 2020, which approved the conversion of 15 parcels from the Moderate Density Residential (MDR) land use designation to the Light Manufacturing/Warehousing (LM/W) land use designation. As a result, the City is proposing amendments to Title 20 to establish a new chapter for the new zoning overlay, proposed as “Freeman Road Overlay Zone”, as well as application of the new overlay to the subject 15 parcels within the annexation area.

The Puyallup Planning Commission is an advisory committee, which provides formal recommendations to the Puyallup City Council. On February 10, 2021, the Commission conducted a Public Hearing to consider proposed amendments to the City’s municipal code for a new zoning overlay: "Freeman Road Overlay (FRO)" Zone. Additionally, amendments to the zoning map were also considered, consistent with the proposed code changes.

At the February 10th public hearing, the Planning Commission provided a recommendation of approval to City Council regarding proposed draft municipal code text, including alternative code text, and application of the FRO zone to the 15 subject properties.

Please see the map below for the parcels the Freeman Road Overlay is proposed to apply to. Also attached in the “related documents” section is the February 10, 2021 agenda packet and the alternative draft code text that Planning Commission considered (and approved) at the public hearing.

Please see the map below for the location of the proposed Freeman Road Overlay Zone within the annexation area. 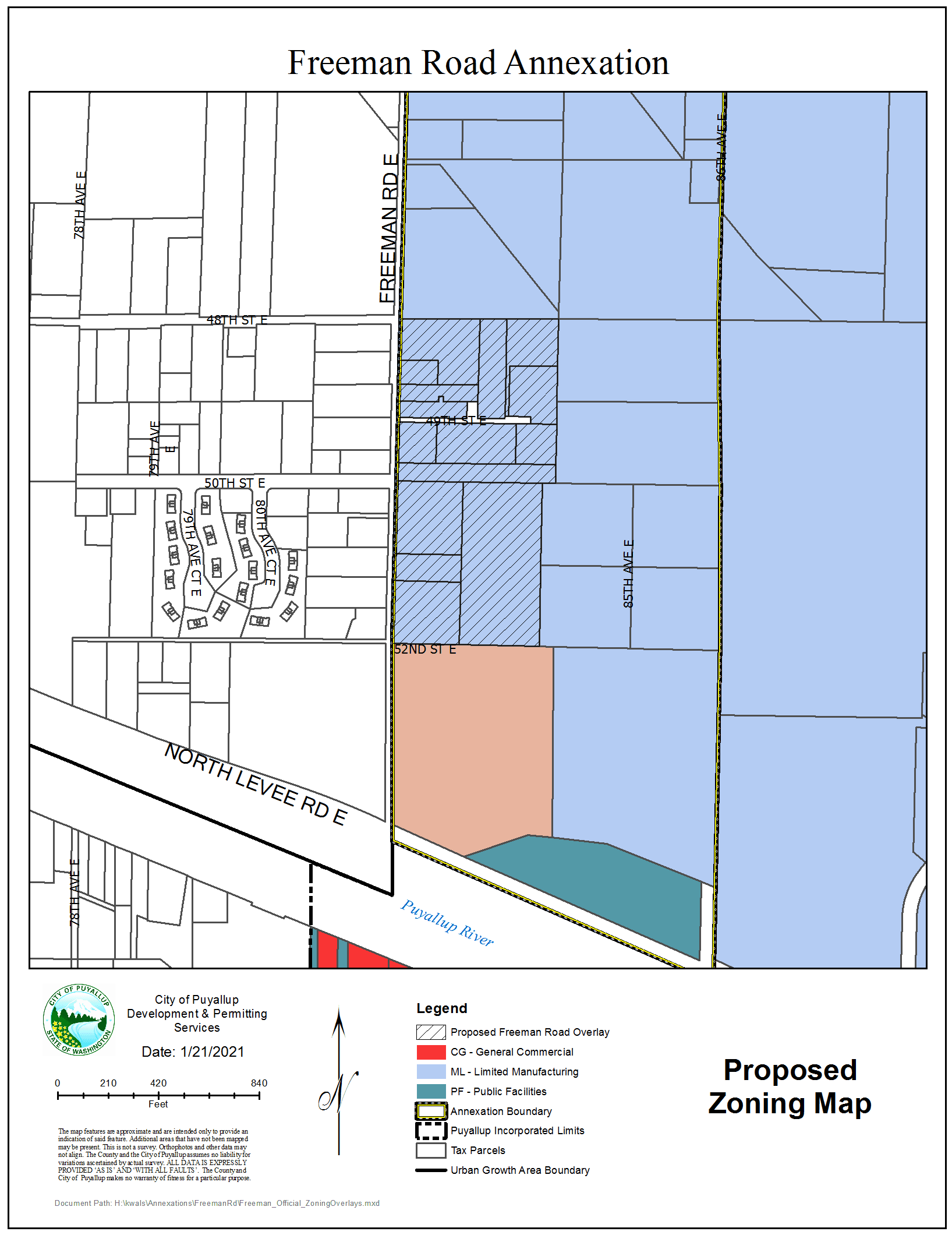